Tracking ownership of patents is not as straightforward as you’d think. In the beginning, of course, there is an assignee, and the assignee owns the invention. But over time, in the course of doing business, IP assets and entire companies are sold to new owners; iterations of company names proliferate. The natural progression of business makes the simple question—Who owns What? —more complicated than it should be, especially when it comes to
hierarchical, multibillion-dollar entities. 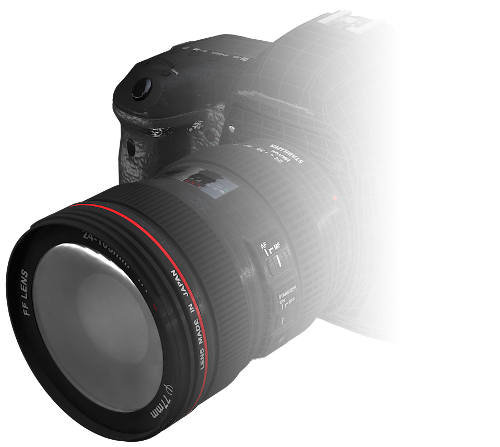 As intangible assets occupy an ever-growing portion of corporate balance sheets, understanding who owns the invention has never been more crucial to investors with an eye toward M&A. With IFI’s Ultimate Owner, in addition to our Names Service, we provide the answer to which entity owns what patent asset. The bedrock of Ultimate Owner is IFI CLAIMS’ deep involvement over seven decades in the proprietary and painstaking work of name normalization. Ultimate Owner interprets each name iteration, identifies where it belongs under public and private-company corporate umbrellas, and then shows you who possesses the rights, giving you a clearer view of your target companies.

In October 2019, Continental AG announced the spin-off of their powertrain division, Vitesco Technologies. When the IFI Editorial Team receives information of a possible merger or spin-off, they monitor official press releases and track deals for final approval and execution.

To determine the Ultimate Owner (which parent company ultimately owns a patent asset) after a spin-off, the patent name data must first be standardized to accurately capture a company’s patent holdings. The IFI Names Service was designed to weed through the inconsistencies and variations in patent name data to offer our partners a simplified and full-picture view of corporate patent portfolios.

IFI Names takes differently structured company names and fits them into one standard format. The normalization process starts with our proprietary algorithms accounting for any spelling mistakes, typographical errors, or known name variants, which we receive from the source data. When a new variant is found, it’s recorded by our Editorial Team and incorporated into the database, allowing for standard name consistency across the board.

To normalize a name, IFI addresses misspellings, removes punctuation and other characters, and puts all the company’s legal forms into a consistent format to create an official IFI Name.

For example, Continental AG could appear in original publications as:

Without knowing its name variants, you could miss a substantial portion of Continental or Vitesco’s patent holdings when completing your search. If you searched Vitesco Technologies Group GMBH, you would most likely miss all the patents with the name WeiPai Technology Co., Ltd, although they are considered the same company.

To then normalize and standardize the name to ensure you do not miss information in your search due to inconsistent data, IFI groups company name variations into one official IFI name, which could account for over 2,000 name variants. In this case, the official IFI Names are Continental AG and Vitesco Technologies GmbH.

Vitesco Technologies GmbH is classified as the IFI Original Name, or the owner of the patent at the time of publication. The Ultimate Owner is determined at the third step of the process, harmonization, as is the Current Name.

Harmonization involves matching the standardized IFI Name to the most current entity name across databases, languages, and countries. To account for any recent company events, such as M&As or joint ventures, IFI carefully tracks M&A activity and company name changes to ensure our partners have up-to-date data.

Once the spin-off was official, Vitesco became a new Ultimate Owner under the official IFI name Vitesco Technologies Group AG.

At the record level, the IFI Original Name will therefore appear as Continental Automotive Holding Shanghai Co Ltd and the IFI Current Name will show as Vitesco Technologies Holding China Co Ltd. Without IFI tracking this transfer, the data and corresponding patent portfolios could have been missed entirely or classified under the incorrect owner.

The harmonization step of the IFI Names Standardization Process is an ongoing process which tracks companies after spin-offs or M&As for any further updates or name changes. For example, in August 2021, Vitesco Technologies Group AG sold its subsidiary Vitesco Technologies Faulquemont SAS, (formerly known as Emitec France SAS), to the Chinese company ActBlue, which renamed it as ActBlue France SAS. The company ActBlue France SAS now belongs under the Ultimate Owner ActBlue Co Ltd.

After the spin-off, transfers and name changes, Continental AG as an Ultimate Owner currently has a total of 156 subsidiaries and Vitesco Technologies Group AG has 27 subsidiaries, including former names. As companies continue to diversify and expand, our Ultimate Owner features allow you to view all subsidiary patent data, thus providing a comprehensive macro view of a company without missing the details.

It has never been easier to access comprehensive patent portfolios of public and private companies to support your investment decisions, risk analyses, and competitive intelligence queries. Even better, our update process is automated allowing our clients to focus on their highest-priority work.

We address inaccuracies and formatting issues before the records enter our global patent database to create standardized data which can be easily integrated with existing applications, other datasets, or analysis software.

To learn more about our platform, contact the IFI team.