The number of patents granted by the US Patent & Trademark Office (USPTO) declined in 2018. Asia continues to be a strong player. 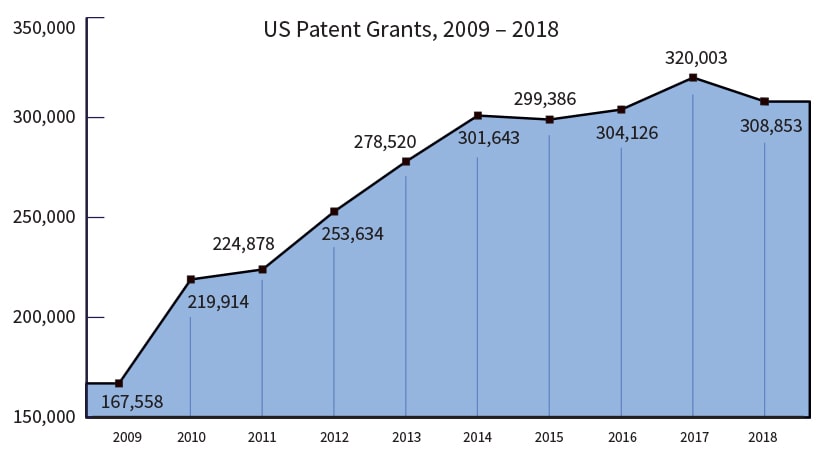 US Utility Grants decline in 2018. In addition to publishing patent grants, the USPTO also publishes pre-grant applications. The patent application will typically be published a year or two before the corresponding utility grant appears. Looking at pre-grant publications, IFI has previously noted a decline in publications in 2015 and 2017. This decline reflected itself in a decline in grants in 2018. Looking forward, published applications increased in 2018 versus 2017 suggesting that the number of grants will start increasing again in 2019 or 2020.

The decline in utility grants affected all regions of the world—except China. 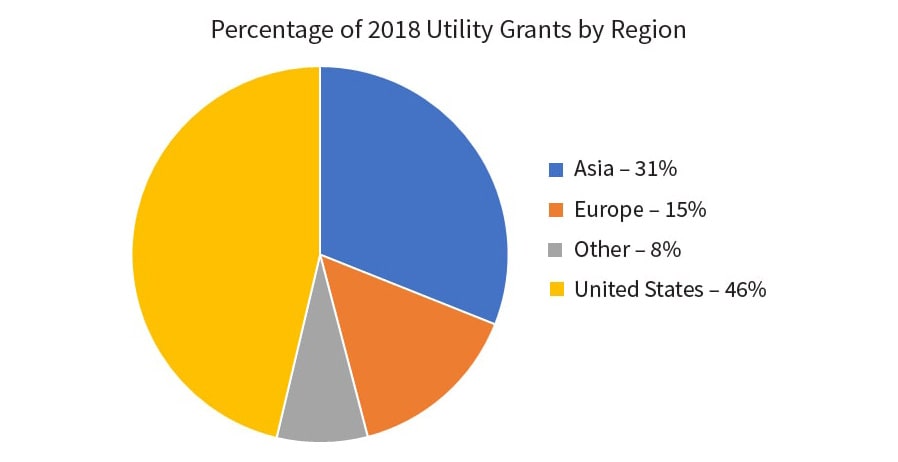 Most of the companies in the IFI CLAIMS Top 50 saw declines in utility grants. IBM made a small gain and Samsung was essentially even. Other leading companies including Canon, Intel, Qualcomm, Apple and Google all showed declines.

Patents are classified by the USPTO using the Cooperative Patent Classification system. IFI tracks the number of patent grants that are assigned to each classification. For 2018, most classes saw declines including the computing, telecommunications, and medical patent classifications that top the classification code rankings.